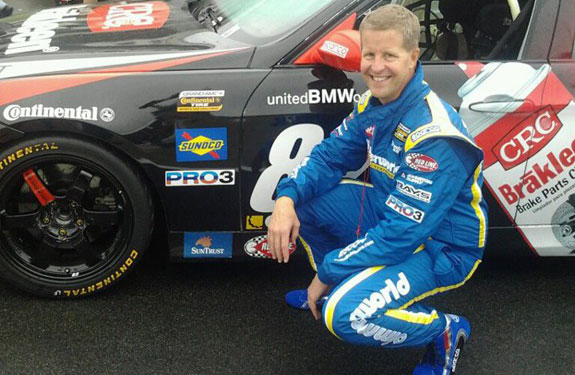 Biking (Road, Snow and Mountain), Shotokan Karate, hanging out in Hawaii, and enjoying my family!

Dan grew up in a family of four in Anchorage, Alaska. His parents had homesteaded a plot of land south of Alaska’s largest city (which wasn’t very large, then), and that’s where Dan and his brother lived in their formative years, wandering around miles of wooded mountainside, picking blueberries, shooting 22’s, and generally enjoying the things kids enjoy tromping around the woods.

Following high school, Dan attended the University of Alaska and received degrees in Electrical Engineering (BS and Masters) and in Physics (BS). Dan worked as a controls engineer (doing fun, nerdy stuff) for a local electric utility, writing control software and doing start for a system to control the generation, transmission and distribution of electricity for Alaska’s largest city (which as significantly larger, now).

Dan was offered the opportunity to work with a small, startup firm in Pullman, WA, and pursue a PhD in Electrical Engineering at Washington State University. It was while at WSU that Dan met his wife of 23 years (and counting), Crystal. Shortly thereafter, Dan and Crystal moved back to Alaska.

The following years had Dan being part of two startup companies. One of the companies he co-co-founded Electric Power Systems, Inc., has over 200 employees, and offices in Anchorage and Juneau (Alaska); Redmond, Olympia, and Vancouver (Washington); and Lawrence, Kansas. EPS provides design and construction services for the electric utility, oil, water/wastewater, and similar industries.

Dan and Crystal have three children – Danielle was born in 1996, Jonah in 1997, and our youngest, Anna Grace, was born in China in 2003, and adopted into her “forever family” in 2004. Experiencing adoption has made the whole family huge advocates of adoption, both international and domestic.

The family still resides in Anchorage, Alaska – giving Dan the award for “most miles travelled to get to a Continental Tire race” award.

Dan and Crystal spend a lot of time on bikes, running, and swimming, in preparation for “the next triathlon” (whenever that is). Living in Alaska, biking usually happens (1) on a trainer, (2) on a snowbike (fatbikes.com/), or on the Big Island of Hawaii, where we spend quality “get warm” time. In addition, Crystal operates a single person pediatric speech pathology clinic in Anchorage. Dan continues to train in Shotokan karate (iskf.com), preparing for his Godan (5th) black belt test in 2014.

In addition to car racing activities and personal development, Dan and Crystal spend their time watching their kids develop into wonderful people. Danielle is graduating in 2014 as a music major (classical voice) from Interlochen Arts Academy, an awesome performing arts high school in Michigan (interlochen.org) and pursuing university or conservatory work. Jonah continues to attend high school in Anchorage (the same school his “old man” graduated from), and developing into a competitive swimmer in the Western United States (much to his disdain, he’s a distance swimmer – not a sprinter like he wanted to be. Sorry kid – there isn’t a fast twitch muscle in your genetic background!). Anna Grace continues to be an amazing part of our family – intelligent, loving, thankful for all things, and a great sister to her siblings. Despite her small stature, she puts every ounce of energy she has to do the best at whatever she’s doing – truly “small but mighty”.